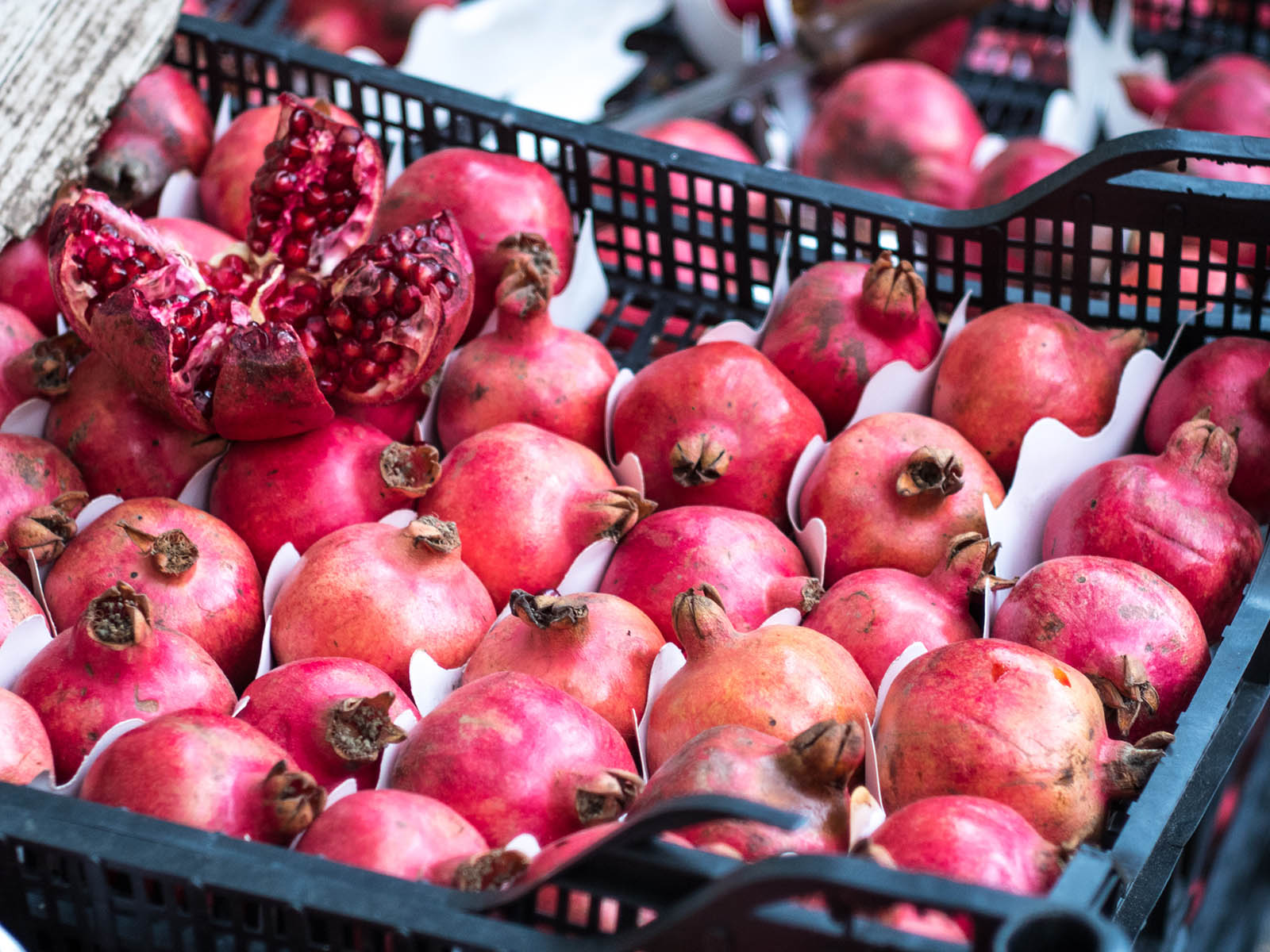 The pomegranate comes from the Middle East, the interior of Asia Minor, the Transcaucasia, Iran and the highlands of Turkmenistan. It was cultivated by Greeks and Phoenicians, who introduced it to Carthage.

Other well-known are: Albar, San Felipe or Valenciana, Piñonenca, Cajín, Piñón tender and Pulpí, existing others of purely local scope.

The cultivation of the pomegranate is not very demanding in the quality of the soils as of the waters, tolerating very well the high indices of salinity. This resistance to adverse conditions has meant that during the five years of drought suffered in the early 1990s, it was the least affected tree and, moreover, the one that has recovered most rapidly. Farmers, due to insecurity in water, have tripled the pomegranate plantations.

In this way, this crop, which was initially confined to home gardens for self-consumption, has become an important source of income for farmers.

The pomegranates are harvested in autumn (September-November) and have a very sensitive skin, which forces them to pamper the fruit.